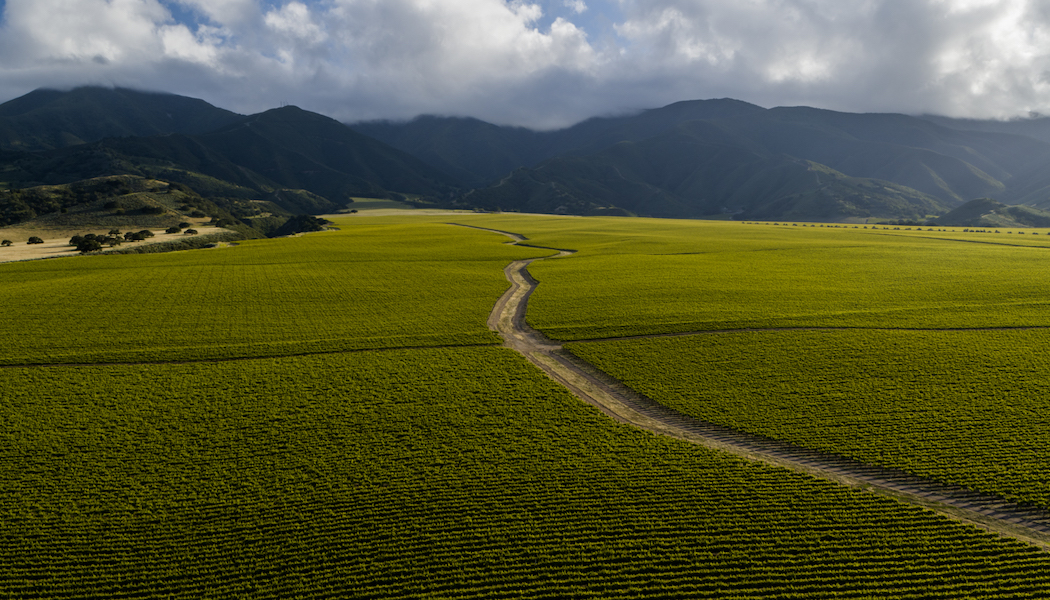 The 18-mile stretch of Santa Lucia Highlands (SLH) appellation is a seriously wind-swept region. Like clockwork, during the growing season, the coastal breeze arriving daily from Monterey Bay sets in around mid-afternoon and builds up to a gusty wind up to 25 miles-per-hour and continues through after dusk.

Needless to say, these wuthering heights love Pinot Noir and Chardonnay. So intense is the wind’s role, the region might as well be noted for its “aeroir” instead of terroir.

Support local news coverage and the people who report it by subscribing to the Napa Valley Register. Special offer: $1 for your first 3 months!

I heard the word "aeroir" coined by sommelier Evan Goldstein when he moderated a two-day virtual tour and tasting of SLH wines with a dozen local winemakers.

This wind-swept environment allows for a longer hang time on the vines, thus deepening the flavor in grapes. The appellation sits atop terraces of its namesake mountain ridge that stretches from Monterey Bay in the north all the way down to the Salinas River Valley. The SLH appellation, established in 1991, is part of the larger Monterey County AVA along California’s Central Coast.

The appellation is home to some 50 vineyards tucked around mesas and arroyos reaching out like fingers on the benchland while others perch on hillsides scaling up to 2,300 feet in elevation. The appellation covers an area of 22,000 acres with just 6,400 acres planted to grapevines on gravely sandy loam soil on the eastern-facing mountain hillsides.

Wineries are few, lined along the River Road Trail, and most of them are not open to the public. The region is home to a handful of multi-generational Swiss-Italian farming families dating back to the 1800s.

“The wind can be a nuisance,” mused Nick Franscioni. “I would like to have a patio where I can sit and have a drink.” But It’s a good growing environment for the grapes, he admitted.

Discussing the 2019 ROAR Pinot Noir, which is a blend of nine clones, Adam noted, “It’s not about a single clone, but how you bring them together. We co-ferment all clones, it brings complexity.”

Adam Lee, who has made wines in Sonoma and Oregon, said he could have opted to make wines in any region but chose Santa Lucia Highlands and the Clarice Wine Company.

“The wines here live on their acidity," he said. "The wind gives them a long hang time, which gives them freshness.” Lee featured his Pinot Noir from Garys’ Vineyard. He sourced the fruit from opposite ends of the vineyard planted on two different rootstocks.

“I picked the fruit together, some under-ripe and some overripe, it gives the wine a harmonious texture,” Lee said of the 2018 vintage.

Matte Revelette is another winemaker who got a taste of SLH while interning in Sonoma. “Turns out it was from Rosella’s vineyard — I was blown away by it,” said the winemaker for Siduri. He uncorked the 2017 Rosella’s Vineyard Pinot Noir, a blend of four different clones, a wine he described as earthy with dried flower notes.

Testarossa’s director of marketing, Bill Brosseau, who grew up in Monterey, expressed the importance of multi-generational families in the region, giving a nod to pioneers such as Gary Pisoni and Gary Franscioni.

Commenting on the cooling effect of the wind, he added, “Tension in tannins and good acidity gives depth, complexity, and intensity,” hallmarks of Testarossa’s 2018 Fogstone Vineyard Pinot Noir featured during the presentation.

Winemaker Bibiana Gonzalez Rave introduced a cool-climate Syrah, the 2019 The Initiation from her Cattleya label produced from Sobranes vineyard.

“I’m a big proponent of Syrah,” said the Columbian winemaker who is married to Jeff Pisoni, Gary Pisoni's son. “This is the best appellation for Syrah. Syrah can be amazing because of cold weather.”

Rave allows her grapes a long hang time with harvest extended sometimes to November. “Acidity can shine, there is concentration and freshness,” Rave noted of these key markers for SLH Syrah. But Syrah plays a minor role (mere 56 acres planted) to the major plantings of Pinot Noir (3,537 acres) and Chardonnay (2,234 acres). There are also minuscule plantings of other varieties, among them, Syrah, Riesling, Pinot Grigio, Grenache Noir, Malbec and Sauvignon Blanc.

I decided to take a real tour and requested Gwen McGill, executive director of SLH Wine Artisans, to be my guide. She took me to three SLH vineyards — Gary Franscioni’s Rosella’s, Morgan Winery’s Double L and Hahn Family Wines’ Smith and Hook.

Although I’ve tasted many top-notch SLH Pinots and Chardonnays over time, this would be my first visit to the windy appellation. And sure enough, we experienced a gusty afternoon wind during my trip.

“Flowering in the north is late this year,” commented Gary Franscioni at his 50-acre Rosella’s vineyard. Franscioni’s Italian Swiss dairy-farming family settled in the area in 1907 and acquired more than 1,200, acres of land, which was over time divided among the family.

Franscioni planted his share of 180 acres to some 17 different row crops from 1998-1990 and switched to grape growing in 1996. The majority of fruit from his Rosella’s vineyard, named for his wife, is sold to some 30 clients. Only a portion goes to the production of ROAR wines, which include Pinot Noir, Chardonnay, Syrah, and Viognier

In addition to this vineyard, Franscioni’s portfolio includes Sierra Mar, Soberanes, and Garys’ vineyard (the apostrophe indicating the two Garys) in partnership with Gary Pisoni. Incidentally, both Garys go way back as not only did they go to same the local school so did their fathers.

Driving to the north we visited Morgan Winery’s Double L vineyard, which was planted by vintner Dan Morgan Lee in 1997.

Farmed to organic practice, the 58-acre vineyard is planted predominantly to Pinot noir followed by Chardonnay and one acre each of Syrah and Riesling. While Morgan’s annual case production is 30,000, the Double L vineyard-designate wines account for only 5,000 cases.

A tasting conducted by Jason Auxier included four 2018 vintages: the Double L and Twelve Clones Pinot Noirs, and the deep-hued Syrah. With a nod to Crozes-Hermitage, the Cotes du Crow’s was a blend of Grenache, Syrah and Tempranillo, its fruit sourced from Arroyo Seco and San Lucas in Monterey’s southern appellations.

At the Hahn Family Estate, we were met by winemaker Juan Jo Verdina-Busch and Patrick Headley, director of winemaking, and followed them up to the top of the Hook and Smith vineyards. A panoramic view of Salinas Valley below framed by the Gabilan Mountain awaited us as did the lineup of three Lucienne wines.

The Hahn family began planting in the 1970s and their current portfolio includes some 900 vineyards spread through the appellations of SLH and Arroyo Seco. The 400 acres in SLH is predominantly planted to Pinot Noir and Chardonnay with small amounts of Syrah, Malbec, Grenache, and Pinot Grigio.

“The strongest factor is wind and fog,” Verdina-Busch said. “It adds more layers, regardless of clones. Wind gives concentrated flavors.”

Such impressive flavors were revealed in the 2018 vintages of the well rounded, minerally Chardonnay from Lone Oak vineyard and a bright cherry-layered Pinot Noir from Smith vineyard, parts of which peak above the fog line, Verdina-Busch noted.

“The characteristic of SLH Pinot is its concentration, spices and great color, it’s fruit on the nose, it's soft and velvety.” We followed the Pinot with a 2019 Syrah from Hook Vineyard.

As we departed this slice of Pinot paradise, I wondered about the challenges of any future plantings. The hillside terrain, I was told, is treacherous and then there’s the water issue.

As for anyone looking to acquire existing vineyards, McGill answered: “Rarely any property comes up for sale.” This is a multi-generation farm country where vineyards continue to stay in the family for decades.