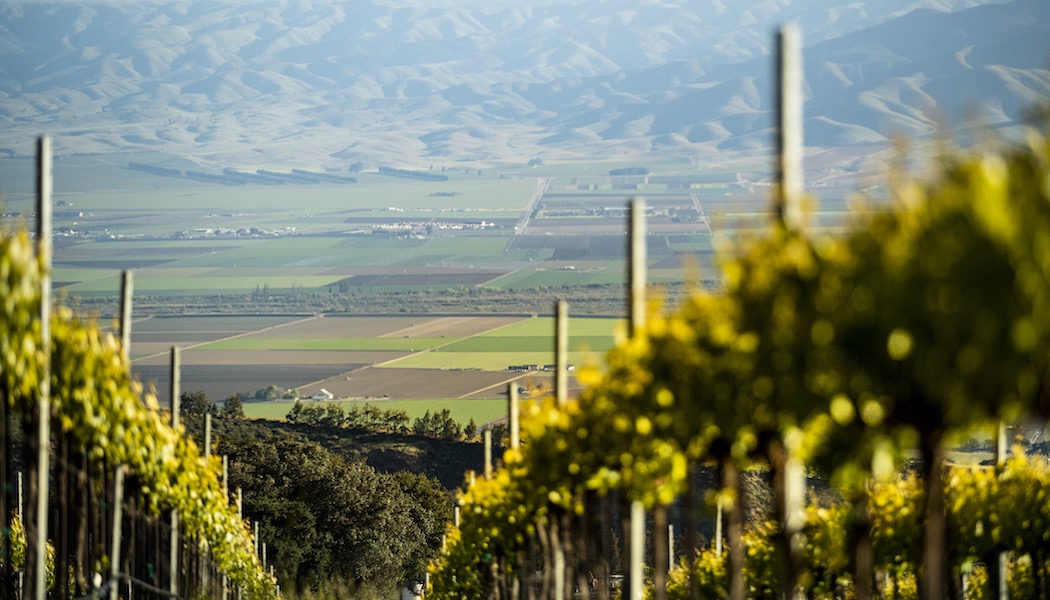 Discover the Wines of the Santa Lucia Highlands

California is well known for its beautiful wine regions like Napa Valley and Sonoma. However, there are so many other robust wine appellations within the state, and it’s time we get to know one of them. Santa Lucia Highlands (SHL) was officially established in 1991 by the American Viticultural Appellation (AVA), but its first commercial vineyard plantings took place long before that during the 1970s.

Nestled between Monterey and Los Angeles, the small appellation sits on a mountainous slope, around 18-miles long and comes in at 22,000 acres. Home to exceptional wine, the region is mostly Pinot Noir and Chardonnay focused, but you can find other lovely varieties, such as Riesling, Syrah, and Grenache growing there, as well. The unique terroir of the SLH can be attributed to the cooler climate, coastal winds from the bay, the elevation of the planted vineyards and its low annual rainfall.

Situated in the northern area of Santa Lucia Highlands is Morgan Winery. The estate’s vineyard, also known as ‘Double L” (short for Double Luck in honor of twin daughters), is certified organic. While the winery produces elegant red wines, I was most fascinated by their Riesling. A variety that is native to Germany, the SLH region has an ideal terroir to grow this grape. The Morgan Riesling is first foot-stomped and then whole-clustered pressed to maintain its bright, fresh character. On the nose, the 2019 Morgan Riesling has notes of white flowers and honeysuckle. On the palate, its sweetness is subtle, giving way to a dry finish.

First, can we talk about how sexy the name is? It’s seductive, right? So where does the name actually come from? It was inspired by the Led Zeppelin song, “Going to California,” whose lyrics about the “wrath of the gods” reminded the owners of Mother Nature’s unpredictable influence on the vines. Pretty cool, huh? Under the ownership of Michael Thomas, who purchased the estate from his stepfather, Dr. Mark Lemmon over a decade ago, the brand expanded. Wrath’s farming practices are now certified sustainable. Under the direction of winemaker, Sabrine Rodems, the 72-acre estate produces show-stopping wine including Pinot Noir, Chardonnay, Syrah and Sauvignon Blanc. I had the pleasure of tasting the 2017 Syrah, which definitely left me wanting more.

This is one of my favorite producers in SLH. The 2015 Syrah from Cattleya is exquisite. The winemaker, Bibiana Gonzalez Rave, earned her BTS degree in Viticulture and Enology from Cognac, followed by a degree in Enology from the University of Bordeaux. She has worked alongside winemakers all through France, including Burgundy, Alsace, and Cognac. After many years honing her winemaking skills throughout Europe, Bibiana made California her home, where she launched her own wine label in 2011. The San Francisco Chronicle named her “Winemaker of the Year” in 2015. Later, she became one of Wine Enthusiast’s “40 Under 40 America’s Tastemakers.” With notes of spice and purple flowers on the nose, the aromas of the Syrah are intoxicating. On the palate, it’s a beautifully silky and balanced wine.

Inspired by world-renowned Burgundy wines, Talbott Vineyards produces rich Chardonnays and Pinot Noirs. Founded by Robb Talbott, who planted the first vineyards in 1982 and then expanded the company in the mid-nineties, acquiring the Sleepy Hollow Vineyard. Their Sleepy Hollow Chardonnay is produced with a blend of cloned vines and original 1972 plantings. The 2017 vintage is excellent because of its early summer; this allowed the grapes to ripen perfectly. On the palate, the Chardonnay is toasty with layers of freshness.

Master Sommelier, Sara Floyd, and the Pisoni family teamed up to produce Luli wines. Probably one of the most familiar producers in the region, the Pisoni family has been farming since the 1950s. Jane and Eddie Pisoni started farming in the Salinas Valley. Their son Gary Pisoni first planted vines in 1982 that would later become Pisoni Vineyards. Luli produces supple Chardonnays and bold Syrahs. Luli has mastered the art of producing a beautifully balanced Syrah with ripe tannins, freshness and complex aromas.